Buy THC Edibles in Australia  First, there was CBD: the non-intoxicating alternative to alcohol or THC. Then there was Delta-8, which was known as the legal, less potent cannabinoid.
And from the beginning, gummies have been easily one of the most beloved ways to get your cannabinoids. After all, they’re discreet, compact, and absolutely delicious. Buy Delta 10 Edibles Gummies Canberra
Delta-10 is the latest thing to take the cannabis world by storm, and for good reason! It’s rapidly becoming the new favorite mid-day treat, and it’s perfect for those days when you need to focus without freaking out.

Delta-10 is a form of THC, and as you might well know by now, there is more than one kind of it, alongside Delta-8 and Delta-9.
THC is part of a group of over 100 compounds known as cannabinoids, and they can all be found naturally occurring in hemp, though at varying levels.

That being said, Delta-10 is typically found in fairly low amounts, as with all other forms of THC. However, manufacturers are able to synthesize Delta-10 from hemp through a process known as isomerization, which involves controlling the compounds and how they evolve.
The result: a compound with the power to create an invigorating, legal high.

How Does Delta-10 Affect Me?

Although the evidence is still fairly limited, it’s likely that Delta-10 absorbs into the endocannabinoid system, and it does so in a way that’s similar to other forms of THC.

Both Delta-8 and Delta-9 are believed to bind with the CB1 receptors in the nervous system and brain, which triggers the release of endorphins to produce a high. It’s theorized, then, that Delta-10 works similarly, and possibly at higher concentrations.

Will Delta-10 Make Me High?

For those wondering if Delta-10 THC will make them high, we have one answer: yes.
Delta-10 can absolutely make users high, though not necessarily in the way that Delta-8 or Delta-9 would.
Delta-9 is the THC we think about whenever we’re talking about traditional marijuana products, and its intoxicating properties are known to have a strong impact on factors such as coordination and memory. Meanwhile, Delta-8 is known to possess much milder effects since it’s not as potent.

Ultimately, Delta-10 is much more similar to Delta-8 than Delta-9, but they are by no means identical to each other.
While we’ll get more in-depth later about the differences between Delta-10 and its THC siblings, it’s worth noting that many consumers consider Delta-10 to be more like the “Sativa” THC, do to its uplifting, euphoria-filled buzz, while Delta-8 is considered to be more like an “indica” due to its chill-inducing tendencies.

Buy THC Edibles Online Canberra Australia. Are you looking to discover the new world of cannabis flavors in Australia? Or you’re a newbie who wants to start with something less potent than joint or hash? Then we would recommend checking out our selection of marijuana edibles for sale. We sell finger-licking delights infused with high-grade cannabis to ensure your highest satisfaction.

Where to buy THC edibles online in Australia?

what are you looking for? 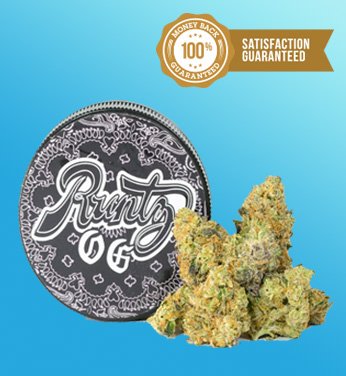